To those still following this blog in any capacity, thank you for your dedication despite the intermittent nature of my posts.

As you might have picked up, I’ve been going through a bit of a rough patch which has derailed my drive to write for a year and a half. Despite my friends in the writing community telling me to just push through it and keep writing, I chose to take a break. It has been like a massive car crash of my brain that left me partially paralyzed, and now I’m having to find the desire to learn to drive again.

With that in mind, I recently joined a couple of writing groups on Facebook. Most folks on there are people who balance working careers and writing as either hobbies or are pursuing the dream of becoming full-time writers. It’s refreshing to see people like me just trying to make ends meet and keep enjoying a craft they love.

Last week was the first time in a while I felt like writing rather than sleeping. I won’t go into the quagmire of whys because they don’t really matter. Most people today work a job and a half (paying jobs) in order to make the bills. They understand where I’m coming from. With 60 hours working, 42 hours of sleep (based on a six hour a night average), 3.75 hours commute time, 10 hours cooking and maybe one and a half grocery shopping per week (all numbers have variations) a person is left with 40 hours with which to do the basic house chores, deal with incidentals and write. That doesn’t seem so bad, does it? Then you realize that 40 hours is split between seven days and further split five times leaving you with an hour and a quarter, uninterrupted. Those who can take two minutes and put down a random thought, great for you! Those who take a little longer to get into the creative mode, yours is the club for me! That being said, I’m changing a few things in my strategy going forward.

I’ve gone to using Google Drive and apps for word processing. I’ll probably still do the formatting on Word because it’s familiar to me, and I can do it quickly. I’d gone so far as to buy a used, updated computer this past December (my Christmas present to myself), but with the insanity of things in my life, I don’t get the time to sit at it and write. Tablet and phone is my best alternative. No, a laptop was not an option. I wanted a computer with a replaceable motherboard for when the processor reached its obsolete date. A desktop computer fit that bill.

If I’m lucky, I get to write full scenes twice a week. Three times if I’m really lucky. I’ve figured out new ways to track ideas and forced myself back into old habits. New technology won’t replace the old fashion notebook anytime soon, but it does cut down on the library I’ve been hauling around. I’ve also been experimenting with apps trying to see what works best for me. I’ve been using Novelist lately as a “notepad” when the spirit hits me with an idea. I like it because it’s simple and the layout is easy to view on a phone screen. However, it doesn’t allow multiple devices to access the same outline file. So, it’s pretty much a phone only thing since I almost always have my phone nearby. Feel free to recommend any other apps in the comments section. I’m open to trying others.

I’m also looking for more writing prompts to just get the words flowing. So any recommendations on finding those in app or downloadable form (free of charge is the only requirement) would also be appreciated.

With that said, my plan going forward is to just write anything but self-destructive monologue. I’ve discovered, what I think is, a delayed publication setting for blogs. Since my writing opportunities are scattered, this may help me take advantage of my available time and establish some semblance of regularity.

I might post some things here. So, stay tuned for what might happen. Come disaster or success, it should be entertaining. Once again, thanks for hanging on. Things will get better. 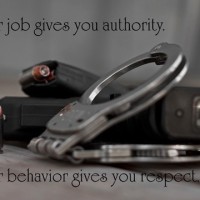 launches a project every month