Ever have those friends that just drift away over time?

Sometimes it’s the high school pals who fade away as your lives diverge from where you started. Other times it’s a coworker who parks in the cubicle next to yours for a year then moves to a different company. Then there are always those people you run into in the grocery store, at the coffee shop or a bar.

They are here one minute and gone the next, touching our lives and moving on.

Usually we talk about the impact of a life on others at funerals. Most of the time, it’s a romanticized concept discussed by the mourners attempting to put their feelings into words. The connotation is that we only touch others in a good way.

But what about when we impact others in a bad way?

One such person I will forever owe an apology to.

His name was Roman, a coworker from out west, and I hadn’t heard from him in a long while. None of his posts had appeared in my Facebook feed.

About a year ago, I noted his absence and dismissed it as him taking a break from the drama of social media.

Turned out that wasn’t the case. He had passed away.

Part of the feelings this spawned came from my own insensitivity in not noticing something like that. The other part of it stemmed from the fact I never really apologized for something that was completely unfair to him.

It was over a misunderstanding on our work schedule. Looking back, I still can’t remember how he actually confronted me about it, but I turned around and reported him to our boss for harassment. When he found out, he looked hurt and mostly confused. We ended up spending an afternoon in a counseling session to work out our differences. I might have apologized in words just to get the thing over with, but I know I didn’t truly mean them.

We went on to finish out the season on good terms and stayed in touch periodically afterward mostly because he genuinely valued people, my sorry butt included.

The reason why extended from the fact he had survived a hang gliding crash that left him paralyzed. Perhaps that was what caused him to develop his signature resilience. He didn’t let that stop him. Why should a little disagreement get in the way of making the day a good day.

I, on the other hand, had a lot of angst and didn’t know what to do with it.

Less than a year before I met Roman, I left what I hope will remain the worst job of my working career.

“The Dame” was a boss who bent reality to suit her needs, alternately playing victim and aggressor and making everything a dramatic life-or-death situation that required a scapegoat. Laws did not apply to her, and she violated many.

For the first nine months I worked for the company, her victim was a coworker in my department. From childhood experience, I knew as long as The Dame focussed on my coworker I would be safe. Then my coworker got the help she needed, got healthy and no longer provided fodder for The Dame’s games.

Around that time, the company decided to make my position a full-time one, a change which meant I would be on call every weekend starting Friday night and ending Monday morning while working Saturday and Sunday plus two days during the week. In short, my schedule was entirely at the mercy of The Dame.

Before long, I was working almost continuously every weekend. Then my coworkers started asking me to take their call time during the week.

Since I wanted to pay off my student loans, I accepted the shifts willingly, and when I realized that running two weeks straight on one to two hours of sleep a night was taking its toll, I stopped accepting the extra call time. My reward was a very public verbal warning in front of coworkers and customers.

When I twisted my knee backing a wheelchair with a 300 lbs patient down a split ramp on her daughter’s front porch, The Dame sent me to get checked out at the clinic on my own time and dime. I took a few minutes of that time to consult human resources on that point of difference and was rewarded with The Dame screaming in my face about how incompetent, uncooperative, and all-around worthless I was in front of coworkers and customers a second time.

She additionally paid me with a written warning, which brought me one step away from being fired. When confronted by human resources about inconsistencies in her reasoning, she rescinded the warning stating that I just didn’t understand the context of what she was trying to tell me.

After that, she backed off. Until I took time off.

Not only did it take until the last minute for her to approve the vacation, she called me no less than twice every day while I was gone, insisting that I had to come to work that weekend. I laugh now because all she ranted about for more than six months before that was how much over time she was paying me. Suddenly, she preferred paying me rather than somebody else. In other words, no matter what I did, or how things went, The Dame would find something worth complaining about.

When she called me Friday morning, four days into my vacation, I finally snapped.

I told her to take the job and shove it where the sun doesn’t shine, called her a not-nice word and hung up on her.

Had it been a movie, my character would have savored watching the sunrise on a new day of freedom, relieved to no longer be under the thumb of such a controlling personality.

In reality, I’ve never been relieved of that nightmare. It still colors my perception of employment dynamics especially with bosses who make easy promises which they forget quickly.

That was why I reacted to Roman the way I did over the schedule and ultimately got him into trouble. Like water, I transferred that negativity from one person to another.

In the years before his death, I meant to call him and sincerely apologize for that, but my own pride and twisted sense of propriety served up repeated excuses to not follow through. Now, it can never be said, because half of the restitution made by an apology comes from looking the person in the eye and facing whatever they have in response, be it anger, tears or mockery.

Either Roman forgave me or he simply let the thing go. I will never know for sure, but I know that how The Dame touched my life rippled through me with negative energy and over to Roman, who somehow had the fortitude to not pass it on. I know, because I read the tributes his friends left online. They weren’t just the canned condolences uttered to be nice. They were real.

He was one of those people who didn’t transfer the negative from one place to another. He wasn’t a “Pollyanna” either, at least not in the Disney sense. He recognized the not-so-great parts of things, but didn’t dwell on them.

Anyone looking at Roman’s Facebook page without having met him would never guess that a hang-gliding accident left him paralyzed, but as he once pointed out to me off-handedly, half the guys he used to fly with were dead from crashes. He considered himself lucky and did the best with the second chance he got.

The Dame, on the other hand, always focused on the negative, amplifying it into a toxic atmosphere that contaminated everyone around her.

It’s not about ignoring the bad in our lives. It’s about recognizing it and moving on. By choosing to emphasize more of the good, we change our outlook and our attitude. An easy concept, in theory, it’s not so easy to practice for some.

It is our choice which of those attitudes we feed and grow in our lives. After all, there must be some truth to that old song, “Keep on the Sunny Side.” 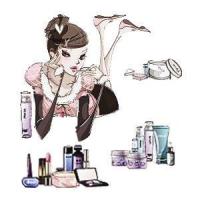 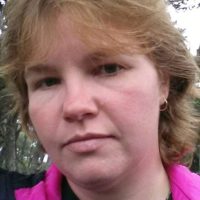 Motivational And Inspirational Self Development Videos